Whalen's Wanderings
Playing to Build Relationships
It was my privilege recently to take a trip to .  The trip was an amazing opportunity to broaden my horizons on a number of topics.  One such event that I took part in was what I would call court soccer, but if you do a Google search you won't find it.  The court I played on while in was an outdoor basketball court.  In many cases, although not the one I played on, the courts are fenced or boarded in.  While there are likely many rules to the game, I was simply invited to play in a pick-up game, so rules were slack.
Despite being a pick-up game it was still fast paced and competitive, with a few obviously talented players.  I grew up playing soccer and considered my self slightly less than talented back then and I am sure as I've aged modestly since then I am likely no better.  That being said, I think I can spot a good soccer player when I see one, and the opposition team had a few more than the team I played for.  However, the team I played for was more competitive.  Oh. Maybe I should state that I played for a team of misfit Food for the Hungry Canadians (no offense guys if you read my column), while the opposition was a diverse and experienced Food for the Hungry Guatemalan team.  It was all in fun though, and boy it was fun.
Unlike our soccer here, the small court requires much more ball precision, especially when it comes to passing.  The passing lanes tend to fill up very quickly.  It plays like hockey in the sense that there are five players plus a goalie on each team, but it is gentlemen's hockey as there is no hitting.  Blocking is allowed though and with the fast pace of the game there were a few collisions.  No one got hurt though and it was all in fun.
What I really liked about the game was how controlled it was, well at least for the opposition.  Despite the competitive nature of the game and the language barrier between opposing players, there was a bond being built.  Personalities come out when one competes.  During this game each of us was sharing his or her personality with the others in a manner that will allow us to remember each other 3 or 4 years down the road when we might work together again to better a community.  The slight built, taller, and slightly cocky looking player, who backed up his personality with his quick foot work and skilled, play-making leaves an impression.  The older, stocky, slightly over weight, thinker, who quietly dominated the game with hardly seeming to move, surely will be remembered.  They might remember me for my in-ability to put the ball in the net, or maybe my persistent but clumsy defense.
Competitive sports, whether hockey or court soccer, often breeds a respect for others and during this trip I gained a great deal of respect for the resilient people of this struggling country.  Despite having to continually work simply to survive, many still find time to play and build relationships that will last a lifetime.  Their talent on the court proves it.

Island Memories and a Great Get-a-way 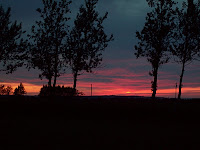 Right now I sit, exhausted, watching cartoons with my son in a cottage in Prince Edward Island.  My wife worked hard to organize a family vacation and she picked a great spot to stay.  We have spent the last two days exploring what the Cavendish area of the Island has to offer a young family of four.  Now everyone is a bit tired but can't wait until tomorrow to find another beach to explore or a play area to enjoy.  It is just about time for my son's bedtime snack and I'm putting in time by putting thoughts to paper before I cut up some apple slices for him.
Now the trip is over so lets scroll ahead and look back.... 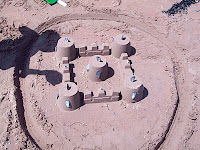 The cottages my wife booked are "Swept Away Cottages" and I would recommend them to anyone.  Family friendly, great service, and an excellent distance from many of the Cavendish areas great activities such as golfing, beaches, theme parks, and evening entertainment.  With two young kids my wife and I had no problems keeping them entertained.  The cottages contained many amenities that made our trip simpler, including a dishwasher, and Heather was always available to provide some insight as to what to do next.
Of course we spent a good portion of time on the beaches and built sandcastles and splashed around.  We also went to Santa's Woods, the Cavendish Boardwalk, and the Stanley Bridge Marine Aquarium where fish were kept in live tanks for kids to see and touch.  I have to admit I was pretty impressed with the fish and stuffed bird and insect collection.  It was a naturalist's haven.

No trip to PEI is complete without a stop at the Gateway Village and our son had lots of fun creating havoc at the shops here while my wife searched for deals.  Of course my son was also very impressed with the Confederation Bridge and anyone who has ever travelled it will tell you that it truly is an engineering marvel.  With lots of sun and little wind, the 12.9km drive over the bridge flew by.  We cranked our necks in every direction trying to take in as much of the scenery as possible before entering the Gateway Village.

It was ironic that as we sat in a small diner in the Village that an old country song "Islands in the Stream" started playing.  Ironic for two reasons; first we were on an island; second because that song would likely have been playing when I was a bit older than my son and visiting PEI with my parents.  It instantly took me back to the number of family vacations I took with my parents and quickly I went through a number of childhood memories and hoped that I could help Seth and Shaylee create similar lifetime memories.  A great family trip that will start a new treasure chest of memories for me for sure. 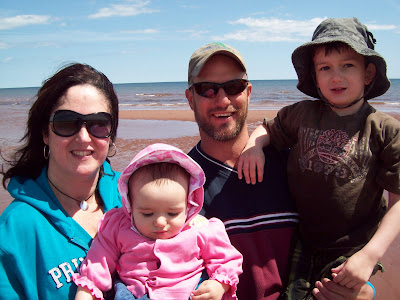 Posted by Wandering Whalen at 10:19 PM No comments: 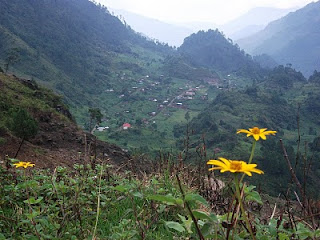 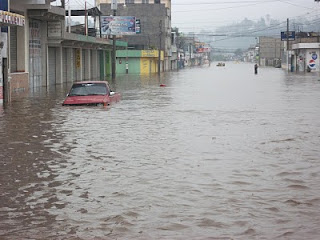 NOTE: This column was submitted from a hotel room in Antigua, on day five of our wait to catch a plane after the erruption of the Pacaya Volcano in Guatemala.  More on this trip will be available on my trip journal blog http://www.wwguatemalamission.blogspot.com/ in upcoming days.
If you read my last column you´ll know that I was travelling to Guatemala on a Mission trip.  Believe it or not I am still here and sending this from a computer in Antigua, Guatemala at the "Casa de Los Bucaros."  Our trip has been prolonged due to the eruption of Mount Pacaya, a volcano near Guatemala City, as well as a small earth quake, and by tropical storm Agatha which caused severe flooding and mud and rock slides.  Our team was fortunate enough to be able to make it from a small community, Villa Hortencia II, to Nebaj before any of these disasters hit.  The usual five hour drive however, from Nebaj to Antigua the following day, took us almost 13 hours.   The rains from the front end of Agatha caused mudslides and rock slides, which blocked our way numerous times or simply slowed travel.  The van we were shuttled in narrowly missed a few of these.   As night fell and we thought we were almost there, a bridge to the hostel we were to stay at had been washed away and a mud slide blocked our access less than 200meters from our destination.  We therefore ended up where I sit today after a lengthy search for a modest hotel, and these people have been extremely hospitable.

Most of the damage has been done, although a sink hole occurred in Guatemala City yesterday, and now Gautemala is left to clean up after these natural disasters.  Our team has worked with "Common Hope" the hostel we were to stay at and prepared food rations for those communities heaviest hit and it was very rewarding to be able to continue to serve in this dire time of need.  We have also struggled with our own situation as we continue to wait for the airport to open so that we can return home.  I could write for hours about my first mission experience but I could never do it justice, and the mission part of my trip now seems to pale somewhat compared to our effort to get home and the countries effort to get back on its feet.
We drove out of Antigua two days ago so that we could visit a beach on the Pacific Coast and as we did we got to view some of the devastation up close.  Rivers that had now receded, showed severe erosion and completely changed channels that were lined with garbage.  A large number of bridges were heavily damaged or roads were eroded or mud now replaced pavement.  Small homes teetered on the banks of the rivers and some had likely been washed away.   As we got nearer the coast homes were completed flooded and the families were encamped on a piece of higher ground as they waited for the river to subside enough so they could clean their homes and reclaim their meager belongings.
For me this has been an incredibly humbling experience and it has made me appreciate what I have and where I live much more.  The efforts that many non profit groups are putting in down here is incredible and if you have ever thought about taking a Mission trip I would suggest full heartedly that you take it.  I not only was able to help a poor community but this country in a time of need.  I too also recieved a huge reward from this Mission as I now have a completely different perspective on what Third World country means and I hope that even upon returning home that I will be able to keep serving this people in one capacity or another.  That being said, I miss my family and hope to see them real soon, but until I board the plane I hope I can continue to serve a purpose here in Guatemala.

Ben Whalen
http://www.whalenswanderings.blogspot.com/
"See you in the woods or on the water."