It seems like just yesterday now.  I wore a black leather coat with red shoulders and a white armband.  I had dark wavy hair.  I had no worries.  High school is mainly a blur now with only the highlights standing out.  I played hockey for the Sonics, who won the regular season and a couple of tournaments along the way.  I played soccer, dated, partied, lived, and learned.  In the end I graduated 20 years ago and this weekend we celebrated our 20th reunion.

What was really cool for me was the changes among people.  I sat with my wife at one point and observed the interaction between old classmates and was entertained by it all.  The subtle differences are what stood out because a great deal hadn't changed.  I'm not talking the physical differences either.  Maturity, family, marriage, success and/or failure had altered the social hierarchy.

I graduated with some great people and throughout high school I felt there were very few social lines unless imposed by ones self.  This was even more obvious at this recent reunion.  I want to say to the Grads of '92 from Sussex Regional High School - "You all are awesome and helped provide me with a great structure for life."  Those days meant a great deal to me and I may not have known it then but now as I often look back on those days, I was learning a great deal and most of you had a major role in that and all of you had at least a minor roll.  Thanks so much.

I think I realized too that my enjoyment through school is a key factor that brought me back, or maybe kept me here, to raise my family. 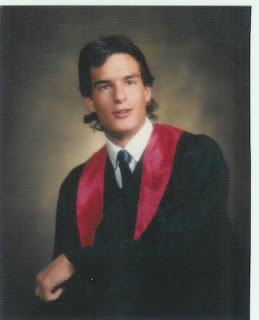 Posted by Wandering Whalen at 9:27 PM