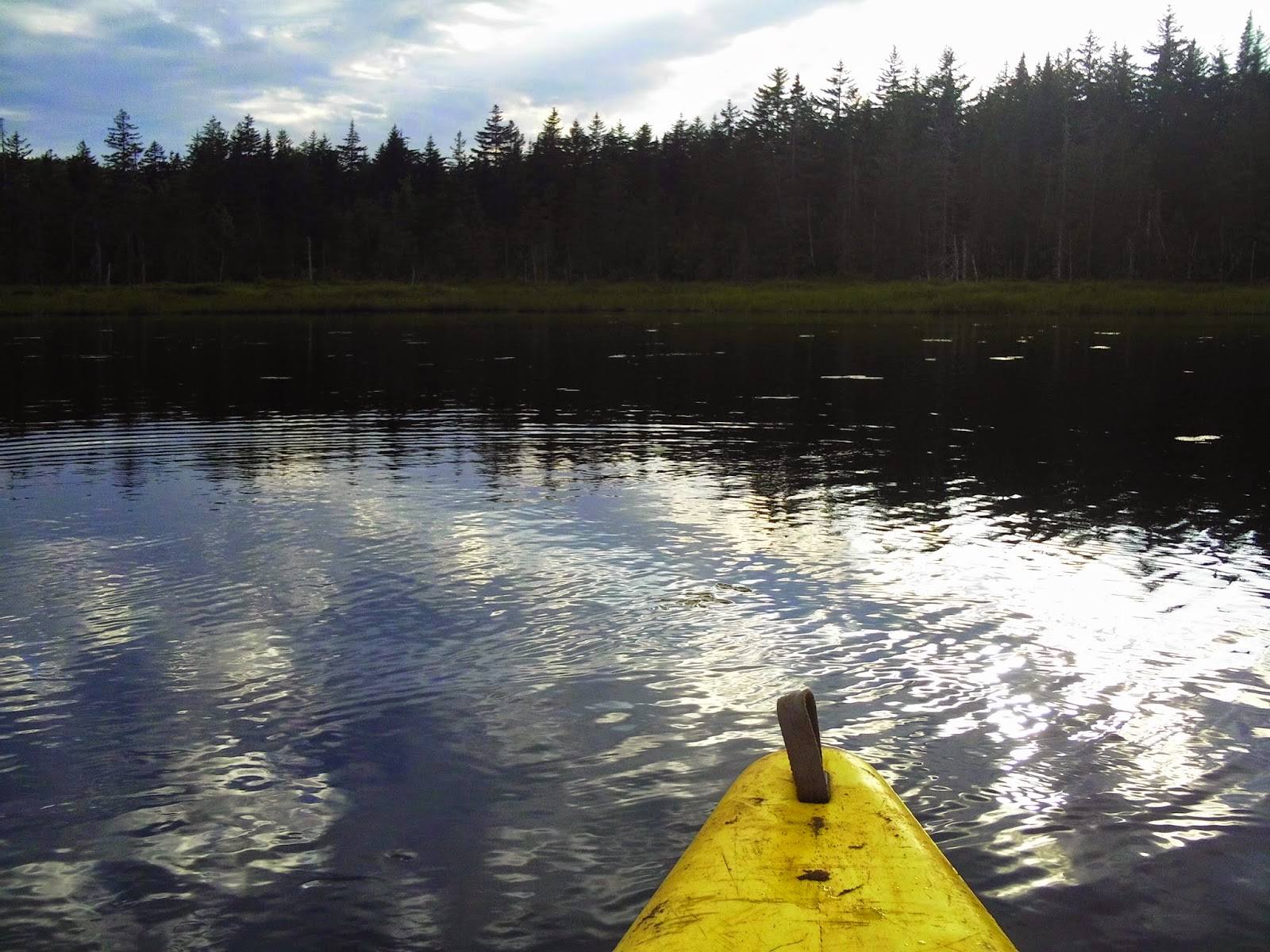 The lake was incredibly flat.  Dead trees scattered the edge of the lake and were reflecting off the calm surface along with the light clouds.  The air was still with only an odd light breeze rustling the leaves of the nearby alders.  Oddly I was disappointed there were no flies.  Yes I said I was disappointed there were no flies as I was hoping to fly fish for trout on Kennedy Lake.  No flies meant my choice of artificial fly was limited.

Nerves built up as we unloaded the kayaks and gear.  Fly fishing from a kayak was a new endeavor and for a novice paddler this can be slightly intimidating.  We laughed it off and pushed our kayaks out into the narrow, shallow, channel that led to the lake.  I should stress shallow as it was difficult to float the kayak to the main part of the lake, but entertaining if you had of witnessed it.  Using a combination of hip shuffles and poling we managed to make the lake.

With little to no wind and no flies, the first thing that hit me as I paddled into the lake was the quietness.  My Dad and I could easily converse while prepping our rods despite being over 50m apart.  The silence made me feel small and as I looked across the lake I grew infinitely smaller again.  Our voices echoed off the far hills and we could easily talk to ourselves and think we were responding. 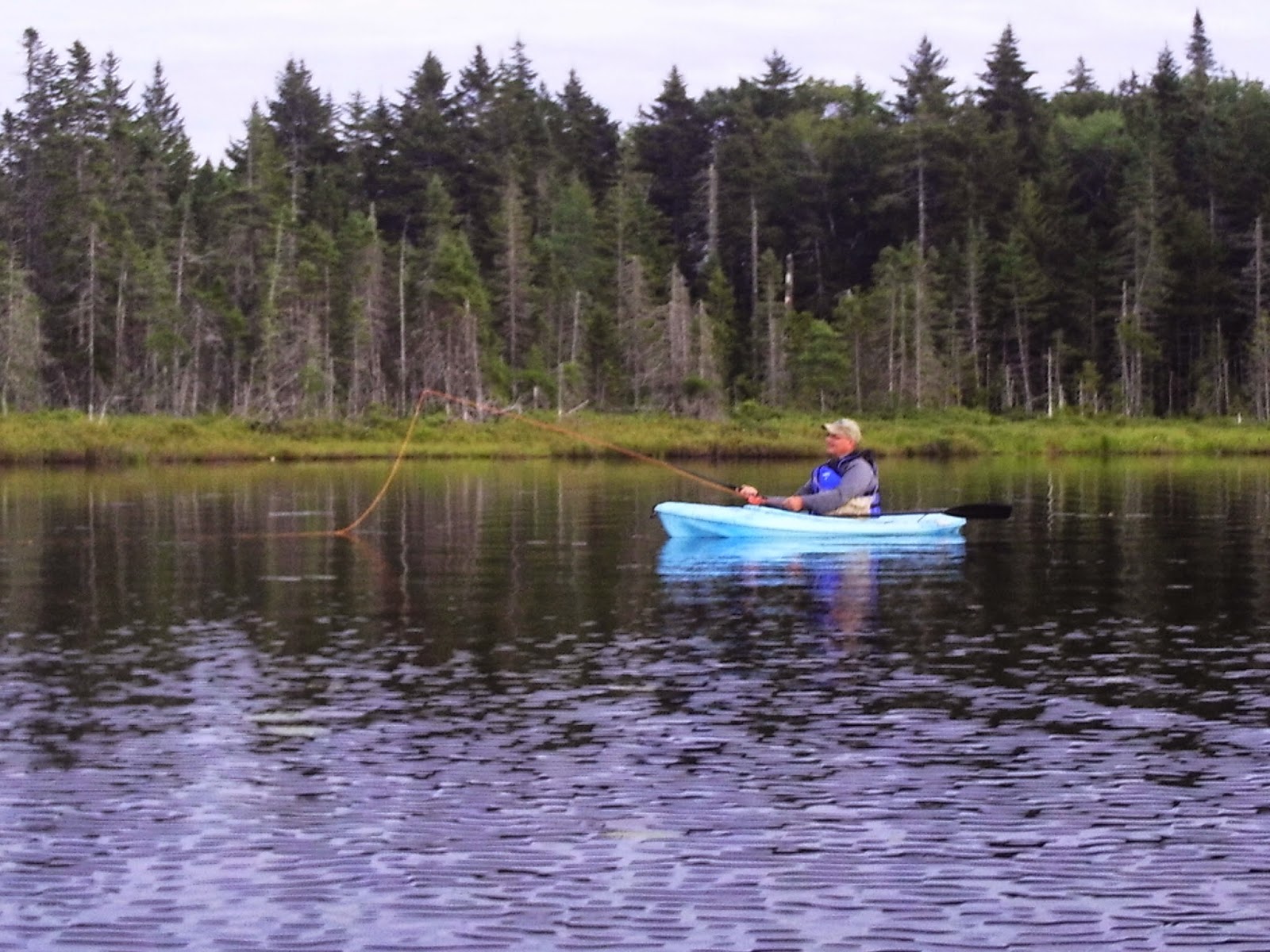 Cautiously I let the first couple of casts leave my rod tip.  Once I was comfortable, I started doling out more line and before long I was confident in my casting and my boat.  I could use the intermittent breeze to drift my kayak strategically towards the areas I wished to cast to.  In this way I was able to efficiently cover a good portion of the lake.  That was not difficult however as the lake is only about 5ha in size.  It was an ideal setting for this first attempt at fly fishing from a kayak.

Patiently I laid out cast after cast and slowly stripped my "green machine" in.  There were no fish breaking the surface and it was hard to determine if I had a good fly and presentation or if I should change my fly and approach.  After 20 minutes and only raising one trout, I decided I should switch.  I moved to a "wooly bugger" and then to a mosquito pattern.  No matter, I never hooked a trout, but no matter the evening was more about the paddling in any event.

We easily loaded the kayaks and gear as we debated the merits of kayaks over canoes.  The drive to the main road was slow and symbolic of the pace of the evening.  Since there was still daylight left we explored some options for a similar trip in the future.  Crow Lake appeared to be a great candidate.  Both of us didn't want the day to end as we had thrived on the silence and relished in the sense of aloneness.  Being on the lake allowed us to leave worries and responsibilities on the shore and as we got closer to home those issues crept back in.  Regardless it was a great evening and kayak fishing has proven to be a new way to enjoy a favorite past time.

If you want to introduce some children to fishing then check out the upcoming "Youth Angling Day Camps" in Apohaqui and Waterford on August 20th and 26th respectively.  You can find more information on these events by looking up the Kennebecasis Watershed Restoration Committee. 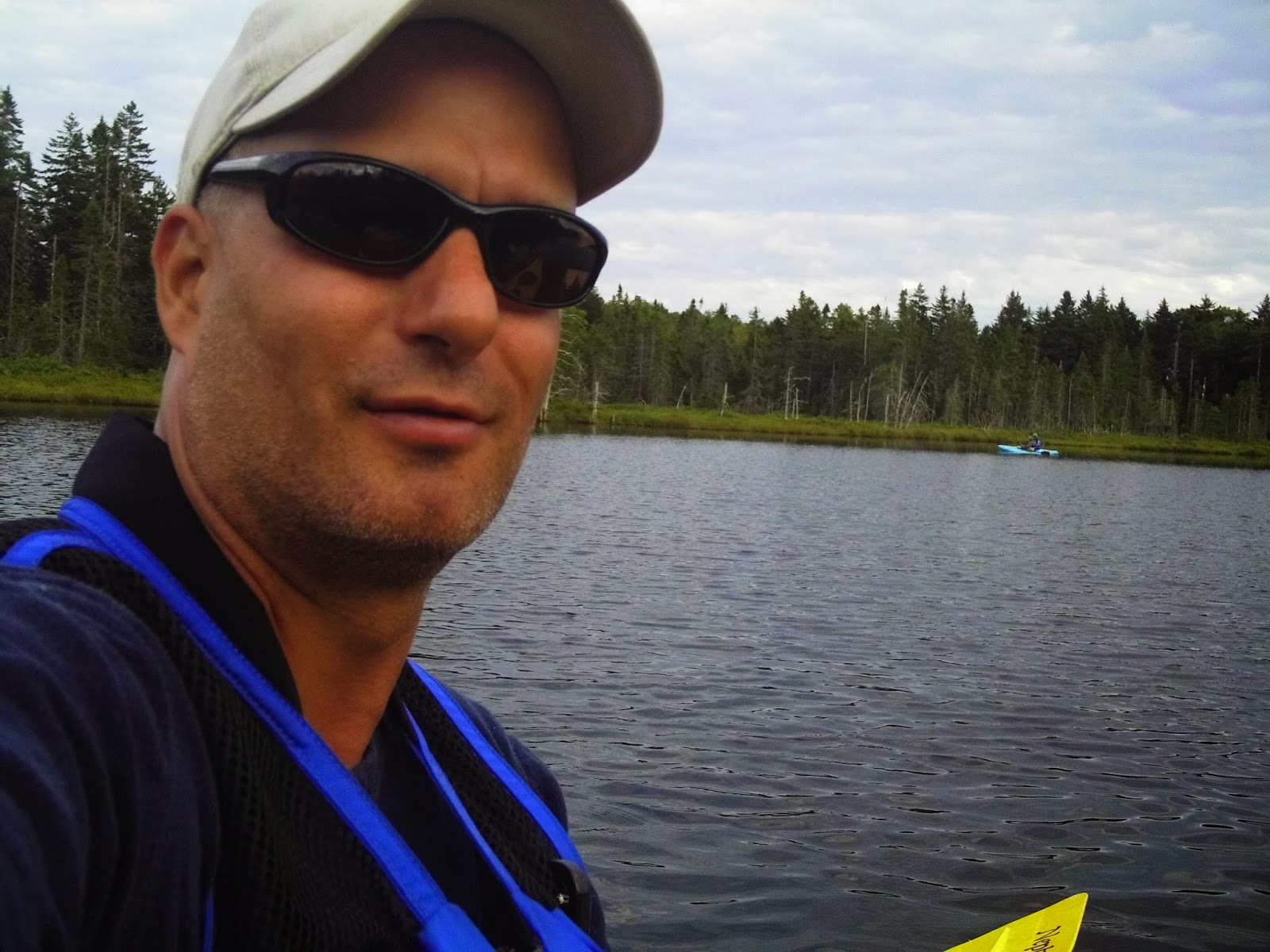 Posted by Wandering Whalen at 9:55 PM