The sun is finally shining after an unbearable week of gray rainy weather.  Despite the weather I have been completing some ecological site assessments for work lately.  In some cases, the wet weather makes my job more challenging, even if more enjoyable.  Recently on a stream bank not far from Town, matter of fact it is on the Town boundary, I found a real nice flood plain area.  Flood plains are not rare but they’re not common either, or at least not as common as maybe they should be. 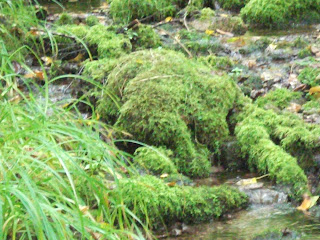 Flood plains are a diverse.  Various trees, flowers, birds, and other animals utilize these zones either permanently or periodically.  When you take time to observe all this biodiversity a flood plain becomes a truly engrossing lesson in ecological balance.  You need to really look at it from various angles at a slow pace to appreciate it.  If you move to fast you’ll scare the toads sitting in a vernal pool which will be dry by August.
Flood plains are a great area to wander and I have been known to explore more than my share.  I can sit on a large stone and convince my self the flood waters placed it there just for me so I could watch the king fisher chase his lunch.  Whether the waters are high, low, or in between, there is always something to watch for in the flood plain.  Put on some rubbers and you can watch fish scurry around at your feet in grasses that will be harvested later in the summer for hay.
One of my favourite drives is along the old highway to Fredericton.  Between Jemseg and Fredericton north, when the Saint John River is at flood stage, this drive can offer an entire episode of a nature show.  Foxes scurry along the road, osprey fly over head, ducks dive amongst the maples, and deer sit in higher portions of the fields, and you struggle to keep your eyes on the road.  The river is an expanse of water pinched between thin rows of maples on each side as it moves lazily towards the Bay of Fundy.
Another flood plain which buffers another sort of river that heads to the Bay of Fundy is on the Little Salmon River.  This river is not pinched by supple trees; this river is jammed between steep rocky walls.  The flood plain is not made of maples but of transient alders and low growing shrubs that struggle to keep their place in the constantly shifting gravel bars. 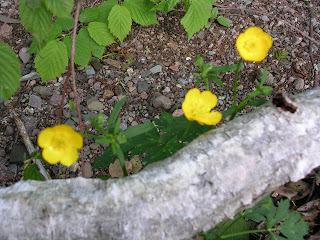 Flood plains are integral to any river but more than that, they are the fulcrum in the scales that helps balance the relationship between river and man.  The balance is as supple as the maples on the shores of the Saint John River or the poplar that we often see laying in the flood plains of Trout Creek.  To keep from tipping the scale we need to preserve the flood plains, we need to slow down and appreciate the natural beauty they possess and take value in that more than we value a view of the river from our front window.

Posted by Wandering Whalen at 11:02 PM