Wow, what a weekend!  We had a lot going on but there is one thing that I wanted to write about.  Earlier this year my family made a tough decision to take a year away from hockey.  It was hardest on me, as hockey has long been a way that my father and I bonded, and I thought my son and I would do the same.  We've adjusted okay I think and this weekend helped.

Our kids have been going to karate twice a week for a little more than a month now.  This past weekend they took part in their first tournament.  Before I go any further I have to apologize to any karate officionados out there.  I'm new to the sport and I have no idea about the lingo.  Trust me the hockey lingo is easy compared to karate.  At least hockey lingo is in English.

We drove to Hampton for a 10:00am start.  I was surprised by the number of people at the high school gym.  We got both, Seth and Shaylee, registered and waited for their portion of the competition to start.  It was a bit of a wait but we watched as older competitors took part in "kata" and it was impressive how well these kids know the moves.
Before long Shaylee was called to a ring to compete.  There were three kids in her age group, including her, and she knew all of them. This would prove to be very entertaining as who can help but find 4-5 year olds cute when in friendly competition. Shaylee fought hard and with a big smile on her face the whole time and thought it was great she finished with a bronze medal.  We were proud of her and maybe her brother most of all.

Next it was Seth's turn and now the competition was a bit more tense.  There were about 20 kids who competed in this age class ranging in age from 7-9.  Seth was one of the last competitors to have his first fight and I thought he might get nervous but it didn't show.  He had a hard won battle against a young girl that took him to overtime, where he won 3-2.  This put him into the round of 10 where he faced a young boy who looked capable but again Seth came out on top, winning 4-0.  Now I was into it and saw that Seth too was getting into it.  In his final round Seth faced a girl much taller than him and he had a hard time blocking her attacks when he would make his.  Her hands were a bit quicker and she grabbed his belt a number of times with the same move.  He graciously took the defeat, which I gotta say, made me as proud as the fact that he finished in third place in his first tournament.

I'm not sure I'm ready to say so long to hockey but I think Seth might be and as long as he is happy and staying active, that makes me happy. Check out some more photos below. 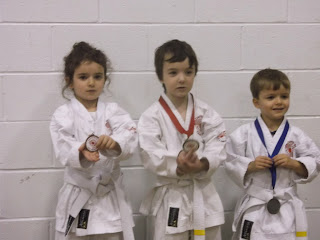 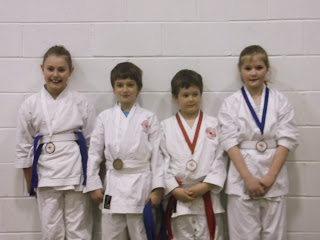 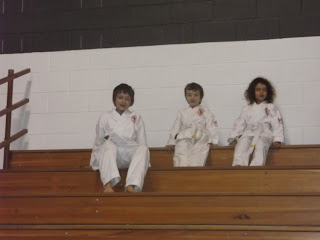 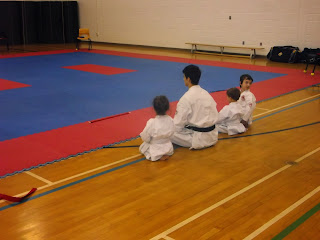 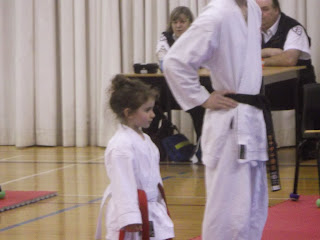 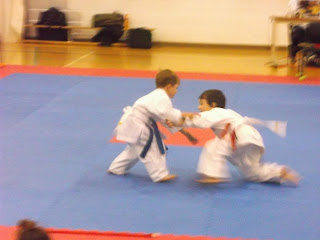 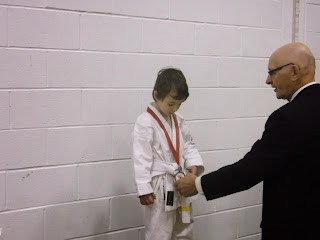 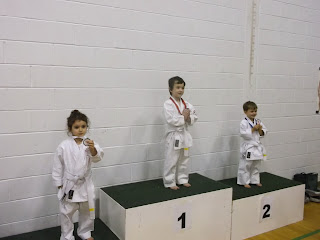 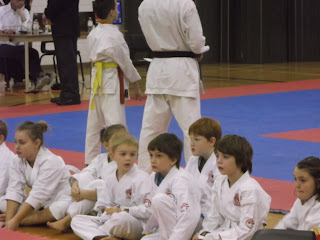 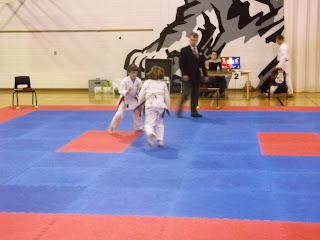 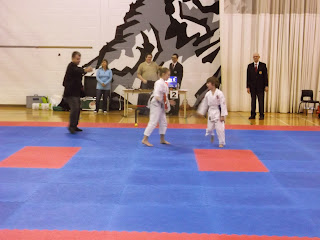 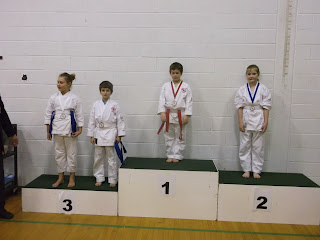 Posted by Wandering Whalen at 10:07 AM